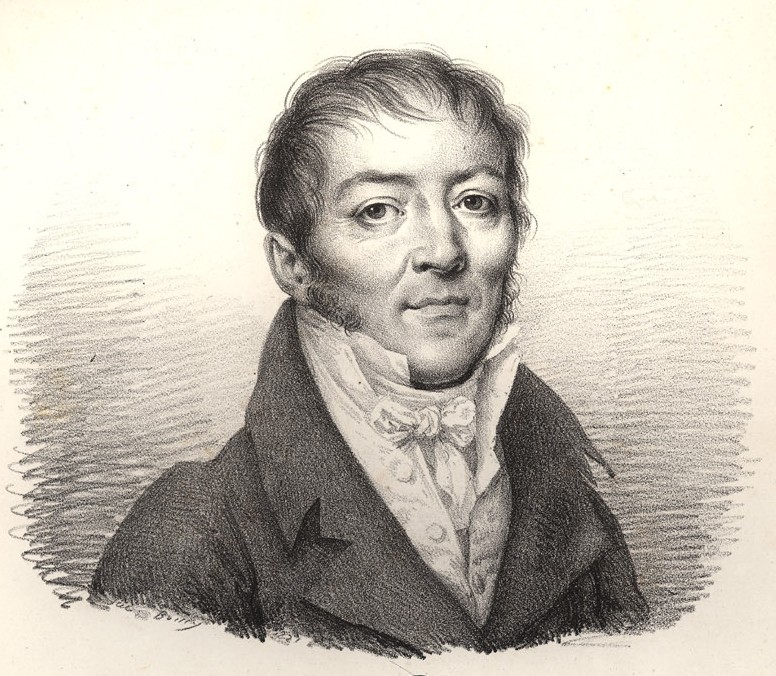 Sixth and last child of Nicolas Bouvard, farmer, Alexis was born in 1767, June 27th, in his hamlet of « les Hoches » or, according to oral tradition, in an alpine chalet at « la Borgia », very high on the Mont Joly slopes.
At the primary school of Les Contamines-Montjoie, Alexis shows some remarkables capacities, especially in mathematics. In his family, if most are farmers, there are also some priests, notaries or merchants emigrated to Austria, but he isn’t attracted by these careers.

The departure to Paris
In 1785, he travels to Paris, by foot. His first years in Paris are difficult. The young Alexis shows tenacity : he is a commissioner, servant of a countess, then valet for the Italian writer Alfieri, who helps and encourages him for his studies.
He attends free lessons given by the Collège de France and his capacities in physics and mathematics are noticed. Visiting the Observatory, he makes himself useful to astronomers, and begins to be passionned by astronomy. In 1793, during the French Revolution, he is admitted as a student-astronomer into the Paris Observatory.

A determining meeting
In 1794, he meets Laplace, the great mathematician and physician, who begins the writing of the « Treaty of celestial mechanics ». Alexis becomes his assistant, he is in charge of establishing the tables of planetary motions, after long and laborious calculations. As a rigorous and devoted collaborator of Laplace, he becomes and remains his friend until Laplace death in 1827.
Hard worker, Alexis discovers eight comets, ans determines their parabolic elements. In addition, he works also on meteorology, metric system (establishment of standard units), and tides.

Tables of Uranus and discovery of Neptune 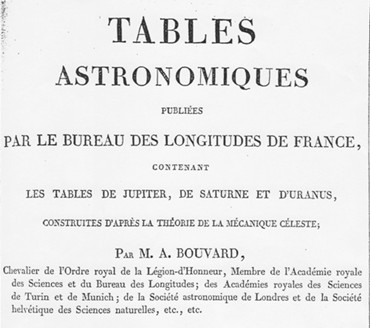 Alexis Bouvard, after having established in 1808 the tables of position for Jupiter and Saturne, publishes in 1821 the tables of Uranus, a planet discovered in 1781 par the English astronomer William Herschel. Intrigued by irregularities of its orbit, he emits the hypothesis of influence of an unknown planet situated beyond Uranus. Adams and Le Verrier, British and French astronomers, calculated separately the predictable position of this planet, which was observed in 1846 par German astronomer Galle.

The determining role of Alexis Bouvard in the discovery of this new planet justifies he his also mentioned as « discoverer of Neptune ».

His funeral speech was said by Arago :
… Fifty years of the life of our colleague were given to laborious, hard but very useful jobs, that’s what he wanted to be remenbered for… It is quite an interesting show, of a young man who rises from the most humble position to the highest scientifical level… It was glorious, Gentlemen, to have the honor of having « He was the collaborator and friend of Laplace » engraved on his tomb.

Career of Alexis Bouvard
– 1793 Entry at the Observatory as an astronomer student.
– 1795 Deputy member of the Bureau des Longitudes, assistant of Laplace.
– Year XI, (1803, April 5th) Nomination at the France’s Institut in the “Physics and mathematics class, astronomy section”.
– 1805 Member of the Bureau des Longitudes.
– 1810 Knight of Légion d’Honneur.
– 1826 Member of the Royal Society of London.
– from 1822 to 1843 Headmaster of the Observatory of Paris.
– 1822 Officer of the Légion d’Honneur.
– 1840 Knight of Leopold of Belgium’s Order.

He also was a member of the Science Academies of Brussels, Turin, Munich.

In 1803, a scientific expedition, directed by Baudin, named in Western Australia a Cape Bouvard. It still exists an Australian wine called « Cape Bouvard ». In 1970, the International Astronomical Union named a moon valley the Vallis Bouvard. 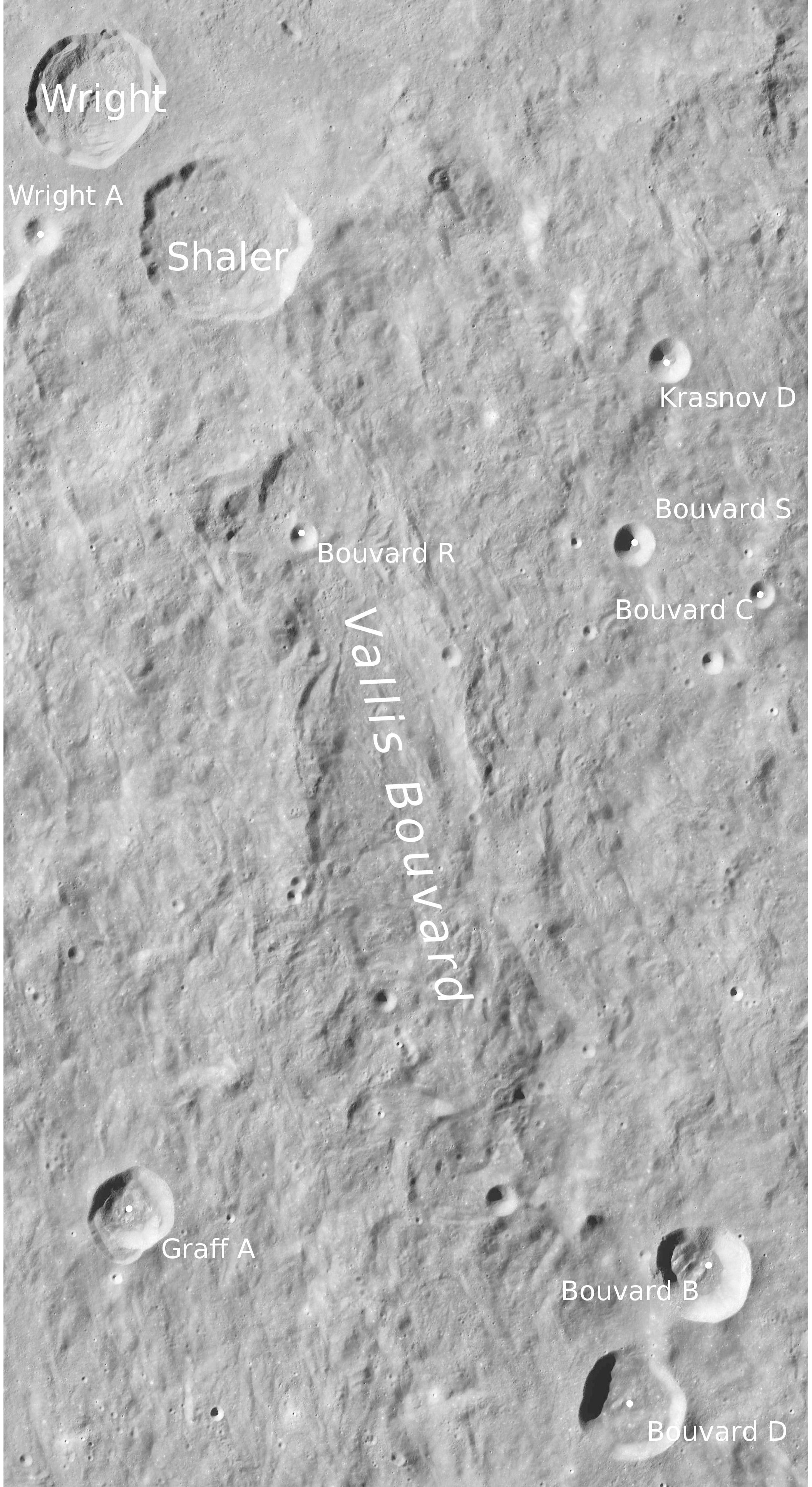